ONE-OF-A-KIND THINGS TO DO IN AND AROUND SALZBURG 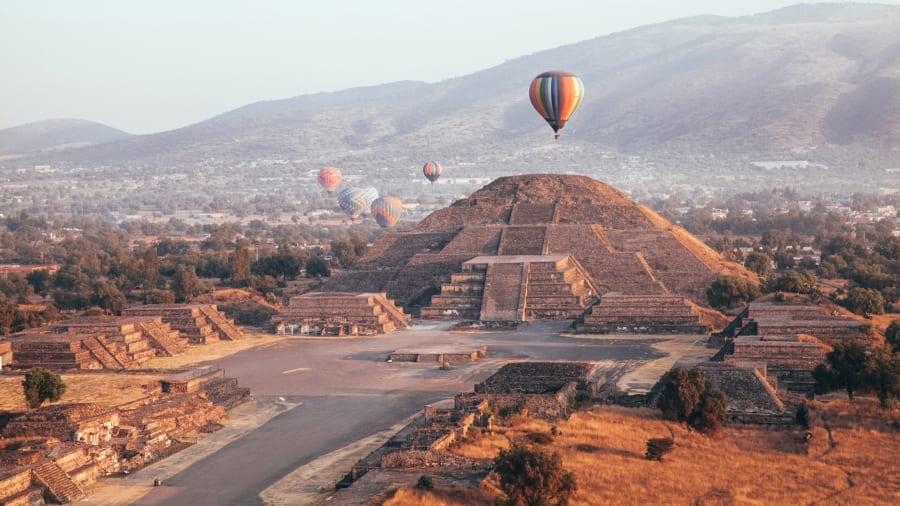 The city's history is most closely associated with classical music, as the city is the birthplace of the famous composer Mozart. Geographically, it is divided by the Salzach River, with the medieval and baroque buildings of the pedestrianised Altstadt (Old City) tucked away beneath steep hills on the left bank and the 19th-century Neustadt (New City) on the right bank, respectively. A wide variety of attractions can be found on both sides of this line, and we've selected some of the best for your enjoyment.

Pay a visit to a beautiful country house.

After all, who said aristocrats couldn't have a good sense of humor? At some point in the early 17th century, Markus Sittikus, the archbishop of Salzburg, had the bright idea of transforming the vast gardens of Schloss Hellbrunn, his summer residence, into a place of mirth and merriment – at least for himself and his courtiers. Taking advantage of the fact that the palace was built on natural springs, the archbishop decided to outfit the gardens with fountains that would sporadically shoot water at unwitting visitors. It's easy to imagine the hilarious results if some were built into the seats of guests. It has remained virtually unchanged nearly 400 years later, complete with trick fountains and an incredible Mechanical Theatre, which was built in 1750 and depicts a bustling baroque town with 200 moving figures who repeat their clockwork movements to the accompaniment of a water-powered organ.

Schloss Mirabell is one of the most beautiful residences and palaces in a country that is awash with magnificent buildings and attracts a large number of visitors each year. It was once frequented by Mozart and his family, who used the palace as a source of inspiration for their musical compositions, and its baroque pleasure gardens were featured prominently in the legendary film The Sound of Music, which was filmed there. To this day, the palace continues to draw thousands of visitors who come to see the location where the Von Trapp Family was immortalized on film. There is also a theatre on the premises, which is used for a variety of events, including folk-heritage shows and other special events, during the summer.

The Hagenauer Haus, the house in which Mozart was born on January 27, 1756, is perhaps the most significant of the city's Mozart-related landmarks. No other place makes the person behind the artist Wolfgang Amadé Mozart and his music as palpable as the place where he first entered the world – and changed it forever – as this museum, which is now one of the most visited museums in the world. While walking through the three stories of exhibition space, visitors will learn about Mozart's life, including the circumstances in which he was brought up, the age at which he first began to play music, the people who were friends and patrons of Mozart's work, his relationship with his family, his passion for opera, and much more.

The Tanzmeisterhaus, another former residence of the great Amadeus, can be found on the Markatplatz and has been converted into a museum as well. The Dancing Master's House is the building where Mozart lived as a young man from the ages of 17 to 24. It is also known as the Mozart House. It was completely destroyed during the bombing raids of World War II, and it was only rebuilt in 1996 after being completely destroyed. Today, it houses a vast collection of artifacts dedicated to the composer's life, driving direction sensuring that the spirit of Mozart continues to blaze brightly for those who wish to commemorate his incredible life and career in perpetuity.

Participate in a private food tour

Salzburg's magnificent cultural heritage is complemented by a thriving culinary scene that, like the city's cultural heritage, dates back centuries. One of the most effective ways to discover this foodie landscape is to participate in an organized tour such as those offered by Salzburg-Experience, a well-known local company that organizes themed tours of Salzburg. For example, the Private Salzburg Food Tour takes your small group of family or friends on a tour of the best cultural sites in the Old Town, with stops for authentic food tastings in a variety of indoor eateries and markets throughout the tour. Your knowledgeable guide will entertain you with stories and historical background about the city's food culture as you travel through the city. Tours come to a close at a well-known local restaurant or coffee shop.

Take a trip out to a rural paradise to recharge your batteries.

Salzkammergut, a popular day-trip destination for visitors to Salzburg, is a popular day-trip destination for visitors to Salzburg. Stretching eastward from Salzburg along the Austrian Alpine Foreland and the Northern Limestone Alps, reaching the peaks of the Dachstein Mountains, it oozes natural beauty and charm, with its numerous lakes flanked by picturesque small towns and villages, and it is a popular tourist destination. Some are surrounded by rolling hills, while others are surrounded by towering mountains, and many still bear witness to the glory of the Austro-Hungarian Empire, as evidenced by the ornate facades of their historical buildings. The area continues to be popular with Europe's aristocrats and wealthy elite, many of whom have retreats off the beaten path that are not open to the public. Whether it's lazing in the sun by the lakes or hiking along secluded trails, the Salzkammergut is a destination that draws in visitors from all over the world.

Discover a museum of international renown.

It is possible to see Salzburg's rich legacy of arts and culture throughout the city, but nowhere more so than at the DomQuartier UNESCO World Heritage Site, a sprawling Baroque architectural complex that includes a cathedral, an abbey, and five separate museums. The Kunst und Wunderkammer, a lovingly restored collection once belonging to Archbishops Max Gandolf von Kuenburg and Guidobald von Thun, is housed within one of them – the famous Dom Museum – in the heart of the city. In this museum, visitors will find a vast collection of intriguing and esoteric items, such as stuffed animals, fossils, scientific devices, and rock crystal grinding works, all of which are displayed in their original cabinets and pique the interest of those who come into contact with them.

DomQuartier and Residenzplatz are open from 10 a.m. to 5 p.m. Monday through Sunday.

In this day and age of selfie sticks and digital cameras, the traditional art form of "panoramic painting" appears a little out of date. Visitors flock to Salzburg, however, to witness a masterclass in the genre, which provides a unique insight into everyday life in the city two centuries ago. Salzburg is a popular tourist destination. The Panorama Museum, located in the heart of the Old City, is home to a vast collection of large-scale paintings by Hubert Sattler, a painter who traveled extensively during the nineteenth century and captured unusual views of cities and landscapes on canvas. The museum's main attraction, however, is a massive circular painting measuring 26 metres in circumference, which depicts Salzburg and its surroundings in all of their former glory during the Renaissance.

Take part in a tour that includes both music and cooking classes.

Not only are the hills alive with the sound of music in Salzburg, but so is the entire city, with numerous landmarks ensuring that the city's musical legacy continues to burn brightly for future generations. With the Music Tour & Edelweiss Cooking Class combo package, visitors can immerse themselves in this heritage while also enjoying a one-of-a-kind culinary experience. Panorama Tours organizes tours that allow guests to follow in the footsteps of the Trapp Family, stopping at famous filming locations while their guide entertains them with stories about the making of one of the most famous musicals of all time. Later, you'll participate in a 1.5-hour Edelweiss cooking class, where you'll learn how to make your own apple strudel, as well as Salzburg's iconic dessert, the "Salzburger Nockerl," a light and airy soufflé that represents the three mountains that surround the town.

Attend a festival that is jam-packed with entertainment.

Every summer, the Salzburg Festival transforms the entire city into a giant stage, attracting approximately a quarter of a million visitors from all over the world to the city. This internationally acclaimed showcase of culture, which began in 1920 and now spans the arts disciplines of opera, drama, and concerts, features a diverse artistic program that includes everything from contemporary works and classical interpretations to avant-garde experimentation, has grown in stature since its inception. The Salzburg Festival's annual performance of the play Jedermann, written by Hugo von Hofmannsthal (the festival's founder), is among its most notable highlights each year.

While Salzburg's rich heritage of high culture will never cease to be fascinating, a brief period of rest and relaxation is also beneficial. Step forward Winterfest, which has gained international acclaim in the world of contemporary circus and has grown to become the largest festival dedicated to contemporary circus artistry in the German-speaking region. Every winter, approximately 30,000 visitors descended on the city to be enthralled by the city's captivating acrobatics. Along with gentle poetry and bizarre tales, there's an exciting fringe program and a diverse selection of mouth-watering culinary options to enjoy throughout the weekend.

Dine in the oldest restaurant in Europe.

Located within the monastery walls of St. Peter's Archabbey, in the heart of Salzburg's historic Old Town, St. Peter Stiftskulinarium is widely considered to be Europe's oldest restaurant, with a history dating back more than 1,200 years. As one might expect, the building's walls are full of stories, including one about when it was forced to close due to Napoleon's invasion of the country. This historic dining establishment, which is spread across 11 distinct dining rooms, has hosted countless dignitaries over the years, including cardinals and kings as well as former United States President Bill Clinton and Hollywood icon Clint Eastwood. It is now primarily visited by tourists who are drawn to the area by its storied past – not to mention the excellent brasserie-style cuisine on offer. Weekly Mozart-themed dinners are also held at the restaurant, with the staff and musicians all dressed in period costumes.