Features and structure of the roundworm. 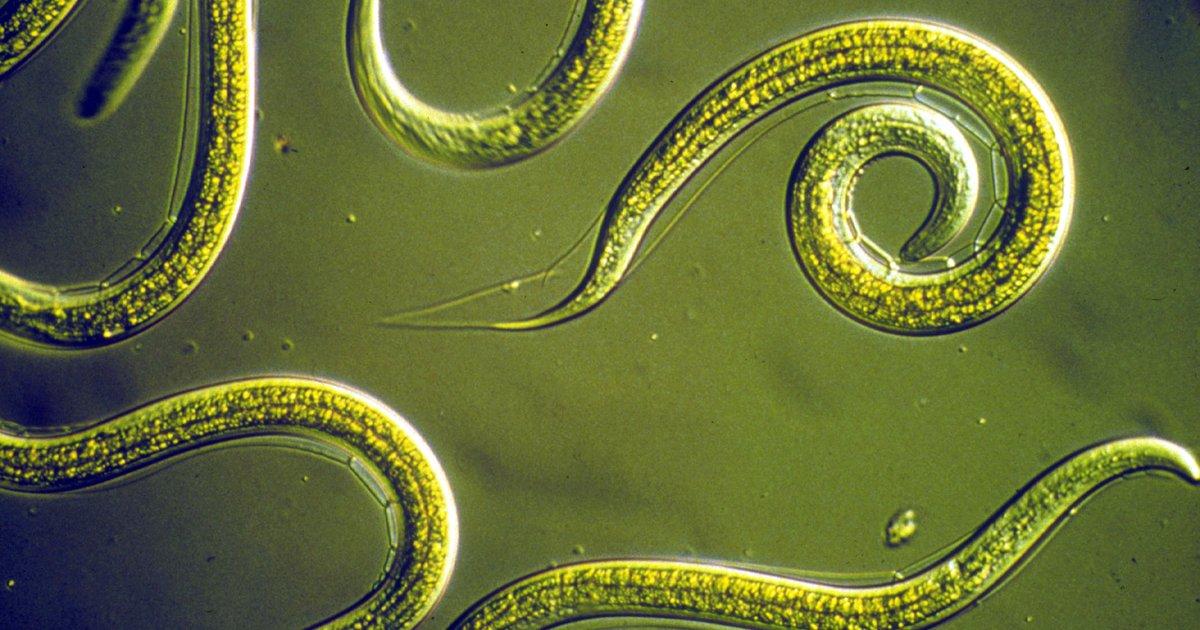 The type roundworms or Nemathelminthes are one of the most numerous in the animal kingdom. There are more than 20,000 species. Turbellaria are considered their ancestors, but in the course of evolution, roundworms acquired special structural features, which allowed them to form a separate group.

The following classes of roundworms are distinguished:

Features of the structure of roundworms

Sizes range from 80 microns to 8 meters. Females are usually larger than males. All representatives have bilateral symmetry.

The body shape is often cylindrical or fusiform, lack of segmentation is characteristic. A dense cuticle completely covers the outside of the body. The body cavity in roundworms is surrounded by a skin-muscle sac. It contains fluid that fills the space between the internal organs. Serves as a support and carries out a transport function.

Parasitic species can acquire a syncytial structure when the outer epithelial layer of the tissue is not divided into separate cellular elements, but is a single mass with nuclei. The hypodermis, located under the syncytium, contains nutrients (glycogen).

The digestive system of roundworms has a more progressive structure. Roundworms differ from flatworms by the presence of an anus. They also have a separate hindgut.

The digestive tract is divided into three parts: anterior, middle, and posterior. Food is absorbed through the mouth opening into the pharynx and esophagus. The digestion of the food lump takes place in the middle section, and after the absorption of nutrients, the remnants are excreted.

The movement of food is now carried out in only one direction, which contributed to better digestion.

Roundworms have a well-developed musculocutaneous sac. Outside, the body is covered with a dense elastic cuticle secreted by the outer epithelium (hypodermis). Between the skin-muscular sac and the intestine in more or less large forms, there is a primary body cavity - a pseudo-goal. The primary body cavity is filled with a fluid under pressure and ensures the constancy of the body shape, that is, it works like a hydroskeleton. The musculature is located along the body by four strands and provides the movement of the worm.

The excretory function is performed by the cervical gland, a large unicellular formation, from which a pair of lateral tubules departs. They open outward excretory pores.

Ammonia is able to escape from the body of roundworms through the skin by diffusion.

Most representatives of the type are dioecious organisms. Often, females and males have a different appearance (the phenomenon of sexual dimorphism). Development can be direct, without a larval stage, and indirect, with a change of hosts.

The reproductive system of roundworms is presented in the form of tubes. In males, it is more often one tube, which is divided into specialized sections. First, the testis is located, where the production of spermatozoa takes place, which through the vas deferens enter the ejaculatory canal. It opens into the distal part of the intestine - the cloaca. With the help of the copulatory organs (cuticular needles), the sperm are removed.

The female reproductive tract consists of two paired tubes. They are blindly closed in the initial section, here are the ovaries, where there is a constant multiplication of germ cells. Gametes travel through the oviducts and enter the uterus, where internal fertilization takes place.

Roundworm eggs are surrounded by a thin shell, in rare cases it is thick. There are species capable of live birth.

It is represented by the periopharyngeal ring and longitudinal nerves. The ring is located in the pharyngeal region and serves as the main associative organ. The ventral and dorsal nerves extend directly from the main ganglion, and lie in the hypodermis, other nerve fibers are not associated with it.

The sense organs of roundworms are poorly developed. There is chemical reception, organs of touch, free-living marine species have light-sensitive cells.

At the distal end of the body of roundworms there are tail glands, the secreted fluid of which is necessary for attachment to the substrate.

The circulatory system in roundworms is absent, as well as the respiratory organs. Gas exchange is carried out through the outer skin; parasitic species live in anaerobic conditions.

The habitat of roundworms is very diverse. They inhabit the depths of the sea, live in fresh waters, soil, some species lead a parasitic lifestyle, causing serious diseases in humans and animals.

The nutrition of nematodes depends on the lifestyle, some eat algae and bacteria, others feed on the host's body, there are also predatory species.

Significance in nature and human life

Roundworms are an integral part of food webs. Free-living individuals absorb bacteria, protozoa, and themselves become food for fish, crustaceans.

Many nematodes are parasitic, causing damage to agriculture. Roundworms, pinworms use animals, insects, birds as main or intermediate hosts. They become the cause of serious diseases and the death of organisms.

Roundworms can infect fungi and plants, significantly reducing yields. Nematodes penetrate the root system and lead to the death of the rhizome, thereby inhibiting plant growth. The most frequently infected are cereals and vegetables (onion, potato, wheat nematodes).