The structure of the sulfur atom 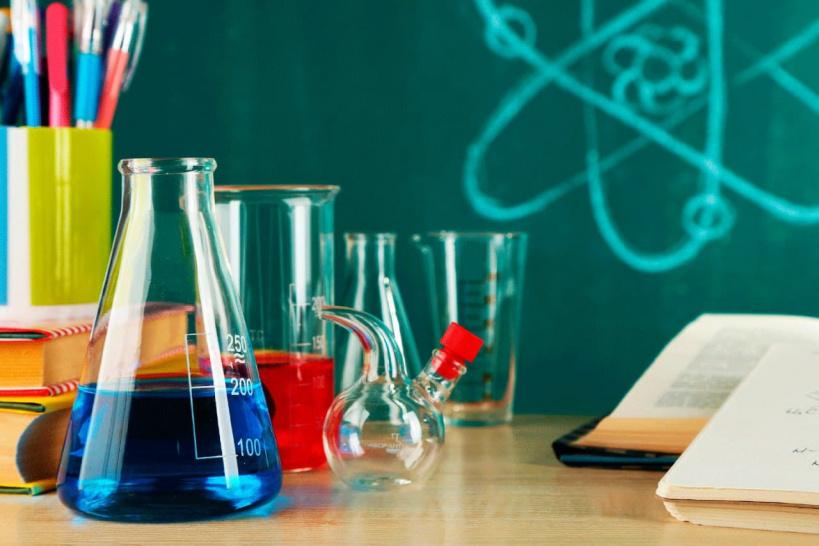 Sulfur (S) is a non-metal belonging to the chalcogen group. The structure of the sulfur atom is easy to determine by referring to the periodic table.

Sulfur was considered the product of superhuman beings from the world of spirits or underground gods. Sulfur has long been used in various combustible mixtures for military purposes. Already Homer described "sulfurous fumes", the lethal effect of burning sulfur emissions. Sulfur was probably part of the "Greek fire" that terrified opponents. Around the 8th century the Chinese began to use it in pyrotechnic mixtures, in particular, in mixtures such as gunpowder. The combustibility of sulfur, the ease with which it combines with metals to form sulfides (for example, on the surface of lumps of metal), explains that it was considered the "principle of combustibility" and an essential component of metal ores. Presbyter Theophilus (XII century) describes the oxidative roasting of sulfide copper ore, probably known in ancient Egypt. During the period of Arab alchemy, the mercury-sulfur theory of the composition of metals arose, according to which sulfur was revered as an essential component (father) of all metals. Later it became one of the three principles of alchemists, and later the "principle of combustibility" was the basis of the theory of phlogiston. The elementary nature of sulfur was established by Lavoisier in his combustion experiments. With the introduction of gunpowder, the development of natural sulfur mining began in Europe, as well as the development of a method for obtaining it from pyrites; the latter was widespread in ancient Russia. For the first time in the literature, it is described by Agricola. Thus, the exact time of the discovery of sulfur has not been established, but, as mentioned above, this element was used before our era, which means it has been familiar to people since ancient times.

Sulfur in the periodic table is 16 in the third period, VI group. The relative atomic mass of the element is 32.

In addition, 20 radioactive isotopes have been artificially obtained.

Sulfur is an element of the p-family. The sulfur atom includes a nucleus with a positive charge of +16 (16 protons, 16 neurons) and 16 electrons located on three electron shells. At the external energy level there are 6 electrons, which determine the valence of the element. Before the completion of the outer p-level, two electrons are missing, which determines the oxidation state of sulfur as -2.

The sulfur atom can go into an excited state due to the vacant 3d orbitals (only five d orbitals). Therefore, the atom can exhibit the oxidation state +4 and +6.

Sulfur exhibits a negative oxidation state in the composition of salts - Al2S3, SiS2, Na2S. The fourth oxidation state manifests itself in reactions with halogens (SCl4, SBr4, SF4) and in interaction with oxygen (SO2). The highest oxidation state (+6) appears with the most electronegative elements - H2SO4, SF6, SO3.

Sulfur is a crystalline compound that, when heated, takes on a plastic form. The color of the non-metal varies from bright yellow to brown. Sulfur modifications depend on the number of sulfur atoms in the molecule.

Sulfur is a weak conductor of heat and electric current. Does not interact with water, but dissolves well in organic solvents - phenol, benzene, ammonia, carbon disulfide.

Sulfur is an active element that reacts when heated with almost all elements, except for inert gases and N2, I2, Au, Pt. Sulfur does not interact with hydrochloric acid.

Sulfur is part of proteins. A large amount of sulfur accumulates in the hair.

Sulfur is a yellow crystalline non-metal. Atomic structure diagram - +16 S) 2) 8) 6. Shows three oxidation states: -2, +4, +6. There are 24 known sulfur isotopes. It is an active element that reacts with metals and non-metals. Forms salts - sulfites and sulfides, as well as sulfuric acid. Sulfur is insoluble in water and hydrochloric acid. It is part of living organisms. In nature, it is found in a free and bound form.

EXAMPLE 1
Task The average relative atomic mass of natural chlorine is 35.45. Determine the mass fractions of two chlorine isotopes if their mass numbers are 35 and 37.
Solution Isotopes are atoms of the same chemical element with different mass numbers (the same number of protons, but different - neutrons). Let us take for x the number of atoms of the chlorine isotope 35Cl in every one hundred atoms of natural chlorine, then the number of atoms of the isotope 37Cl will be equal to (100-x). The mass of 35Cl isotope atoms will be 35x, and 37Cl - 37x (100-x). Let's make the equation:
35x + 37 × (100's) = 35.45 × 100%.

We calculate the average relative atomic mass of magnesium: